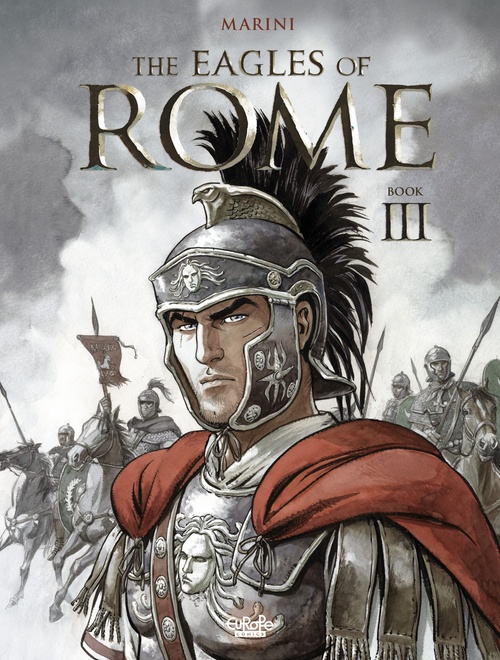 The Eagles of Rome - Book III

Even though Marcus and Arminius parted company on bad terms, the Emperor Augustus is counting on the strength of the friendship that unites them to shed light on the rumor that's got Rome quaking in its boots. He thus sends Marcus on a top secret mission to Germania, Arminius' birthplace, in order for him to determine how and to what extent the young German is involved in the preparation of a people's rebellion. But what if conspiracy isn't the Barbarian's real prerogative...?