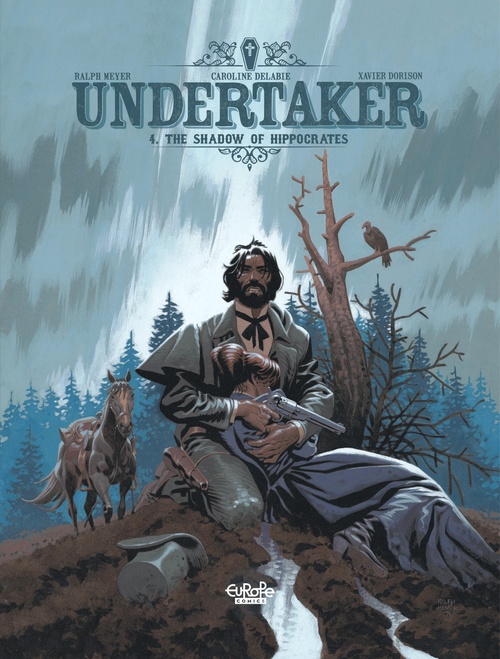 Dr. Jeronimus Quint has an unusual business model that Hippocrates would frown upon: he creates his own patients by injuring people whose lives then depend on him. His latest victims are Jonas Crow, Undertaker, and Rose, his English companion. Without the best medical attention-i.e. Quint's-each might lose a limb, or even die, from gangrene. He's kidnapped Rose and is withholding his sado-surgical skills while Jonas and his cohort Lin pursue him and his captive. With ferrymen and lumberjacks in front, angry lawmen behind, and a leg killing him from within, the Undertaker hopes to survive long enough to make Jeronimus Quint his next customer.