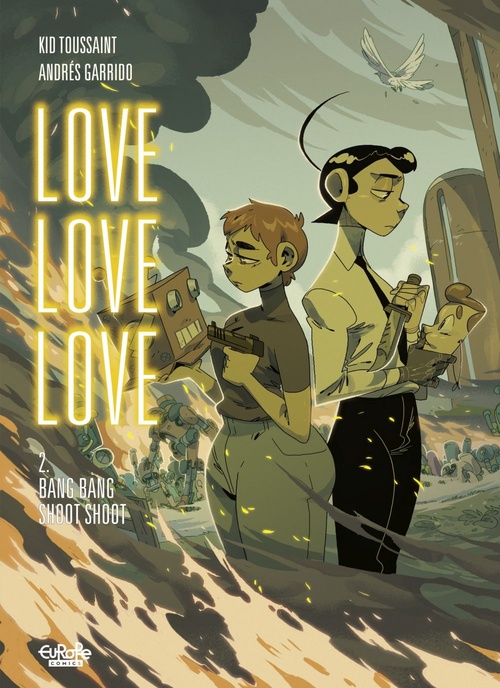 Against a backdrop of growing instability in 26th-century Paris, Elle, a young woman with a strong sense of justice, and Karel, her android boyfriend, fight to stay together. If they're going to have a future, they firstly need to resolve Karel's planned obsolescence-his life expectancy has been mysteriously plummeting ever since he met Elle. They decide to flee the capital and head for Madrid, where they hope to find the scientist who can purportedly fix Karel's rapidly dwindling battery life. But it promises to be a bumpy ride, with the police and a malicious spare parts dealer hot on their trail, not to mention the enemies they make along the way. A thrilling second entry in the series, marked by class struggle, social justice, and love against all odds.