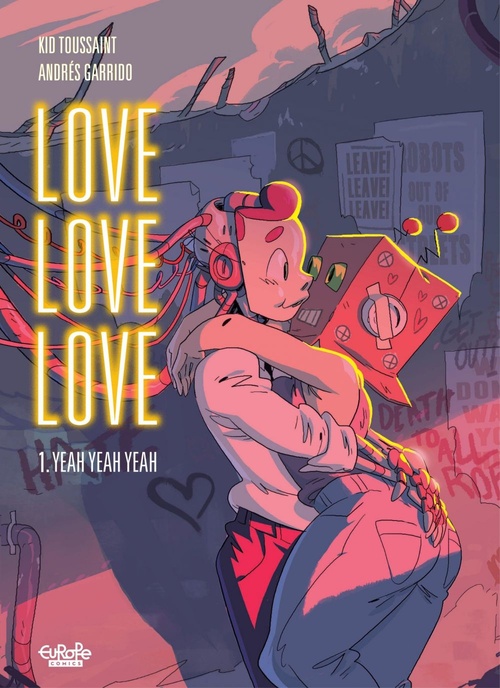 In a futuristic Paris, robots have evolved into sentient beings whose
rights are being revoked due to the perceived threat they pose to
human society. But not everyone has turned their backs on these so-
called mechas. When the cherish bot Karel and down-on-her-luck Elle
meet in the subway, they soon become friends, and something more... But
a robot resistance is forming, and the two of them are dragged
unwittingly into the chaos. Not only that, but Karel's programmed
life expectancy is mysteriously decreasing... Will they be able to stop
the countdown, and steer clear of both the robot rebels and human
police?